Review: We Met in December 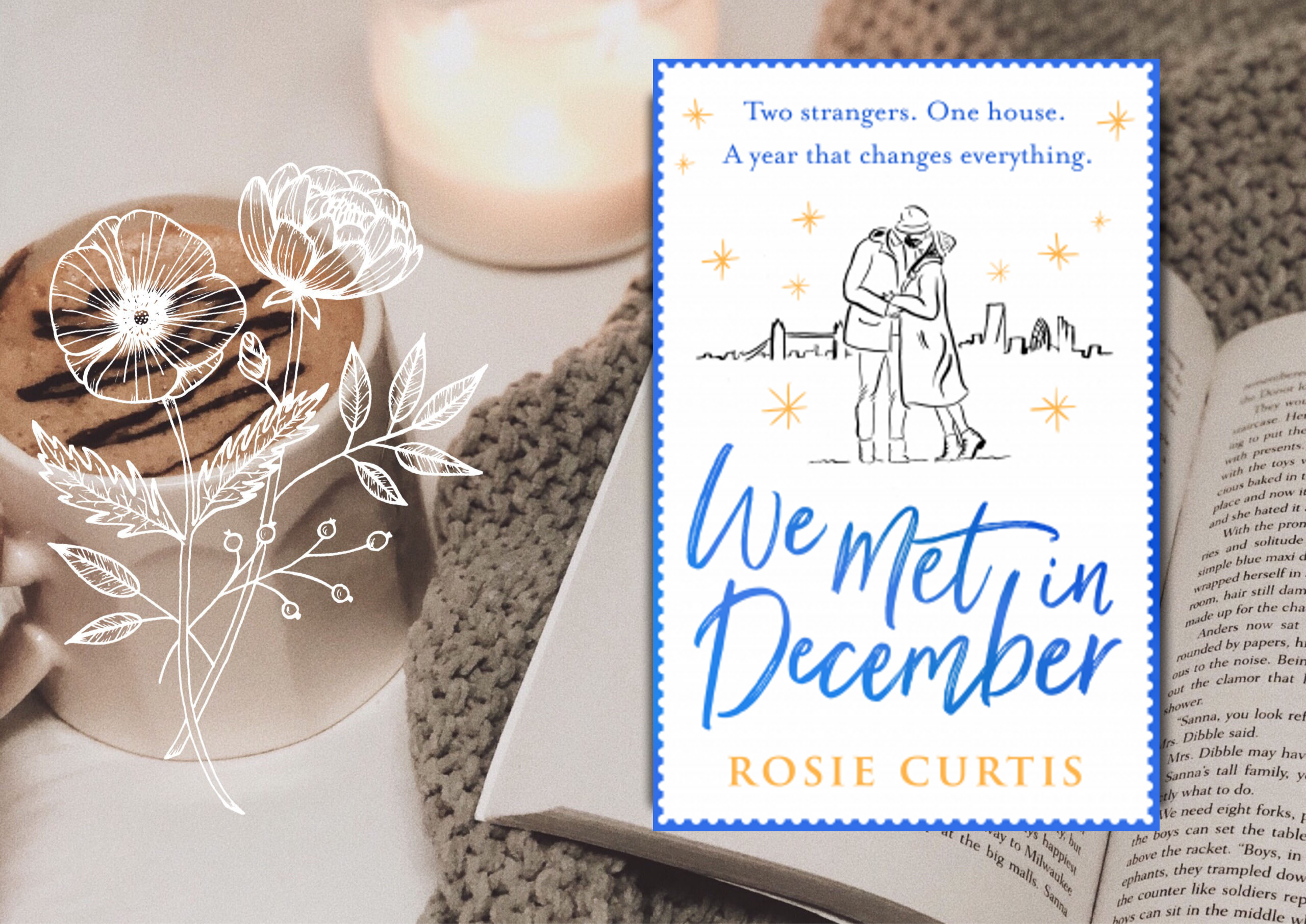 Another day, another NetGalley review. This one is for We Met in December by Rosie Curtis. Plot twist, though: It’s already published! You won’t even have to wait to run and get it at a bookstore.

Which you actually might still be on the fence about after reading this review. I could really give or take this book. I enjoyed it, but the frustration of really being unsure of how it is going to end almost got the best of me. Luckily, the tension kept me interested and it honestly felt like a rom-com for the ages.

What if you couldn’t get away from the one who got away?

Unlucky in love Jess is following her dream and moving to London. It’s December, and she’s taking a room in a crumbling Notting Hill house‐share with four strangers. On her first night Jess meets Alex, the guy sharing her floor. They don’t kiss under the mistletoe, but as far as Jess is concerned, the connection is instant. She lets herself imagine how their relationship will grow over the following year.

But when Jess returns from a Christmas holiday, she finds Alex has started dating someone else – beautiful Emma, who lives on the floor above them. Now Jess faces a year of bumping into (hell, sharing a bathroom with) the man of her dreams… and the woman of his.

What I think ?️

First, the chapters in We Met in December read almost like vignettes. They are just pieces of Jess and Alex’s lives that sometimes don’t really have a point. Like, in one case, Jess goes on a run. And that’s it. There are large time jumps between most chapters, so the time-stamps at the beginning are really important for keeping the order straight. At first, this really frustrated me. I usually hate stories that try to cover too much time by leaving pieces out (sometimes, by leaving entire months out). But as the story went on, I realized what Curtis was trying to do.

This is a story about everyday love. It isn’t a meet cute or some explosive chemistry. It’s natural, formed over a year as two people become really close friends. Okay, honestly it’s a British, one-year-long version of When Harry Met Sally. They are totally compatible, but are just in different relationships that they don’t match up until the last chapters. So, even though it isn’t what I’m used to reading when it comes to romance,

Also, Curtis really kept hanging on. I couldn’t for the life of me figure out if Jess and Alex were actually going to end up together. It was will-they-won’t-they for the WHOLE BOOK. Which is great, except it’s not because you honestly couldn’t tell whether it was going to be a love story or a tragic missed connection. UGH.

One of the other things I really loved about this story was how great the secondary characters are. Everyone has a backstory — even a secondary character’s mother, who never actually appears in the story. The sheer power of that. I hear angels singing in my editor’s brain. Jess’s grandmother is an amazingly strong character, and I loved that most of the roommates had great histories (except Emma — but we’ll get to her another time).

So, yeah, I definitely think We Met in December is a great book. It was infuriating when I couldn’t figure out what was going to happen with Jess and Alex, and I was infuriated they sent so long apart. But it was not knowing that kept me reading, and the fun anecdotes and vignettes that made it fun.

“Nanna Beth had derailed me and challenged me with the task of getting out and grabbing life with both hands, which is pretty tricky for someone like me. I tend to take the approach that you should hold life with one hand, and keep the other one spare just in case of emergencies.”