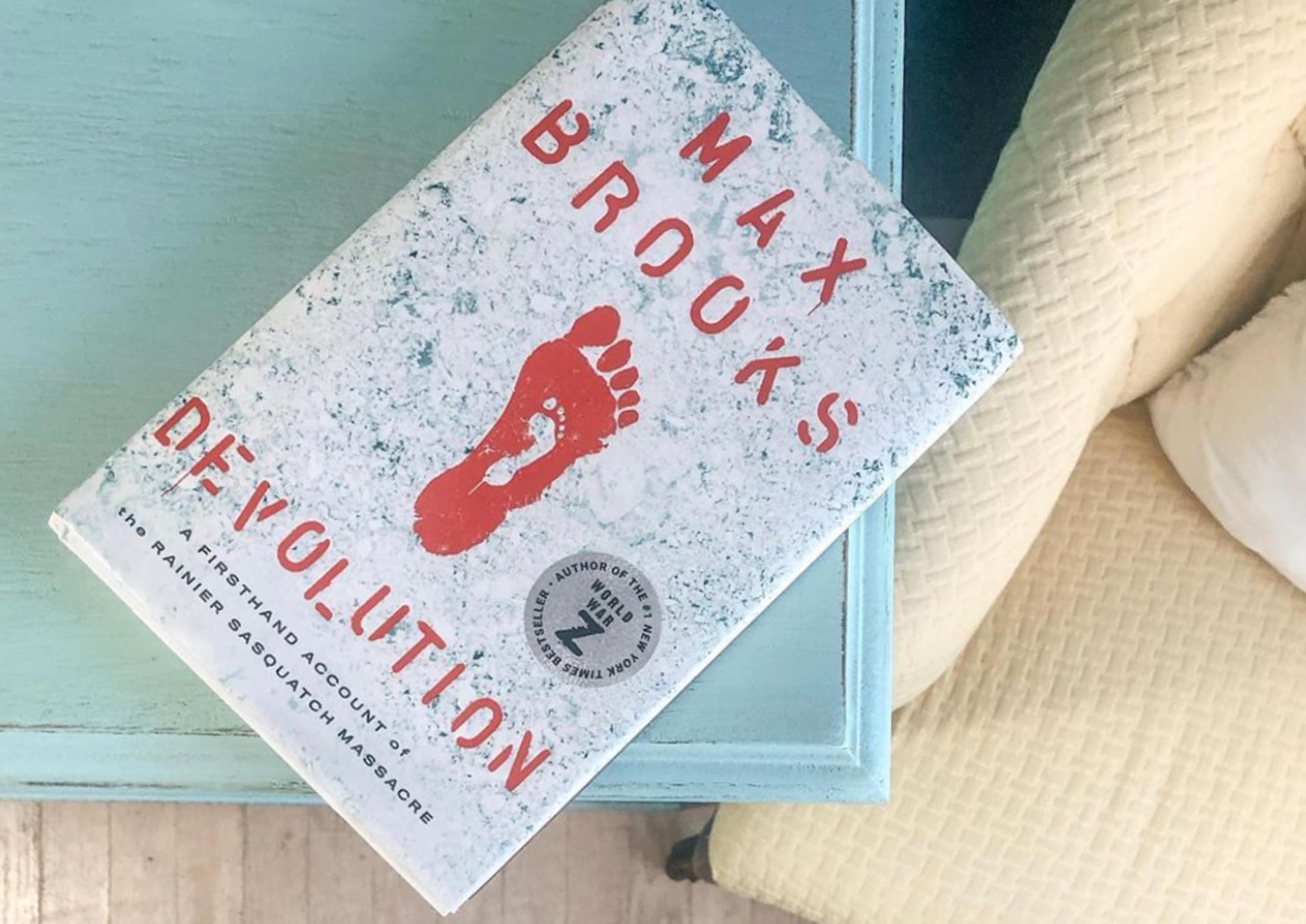 Y’all. This review has been a long time coming!! As you may know, I read and reviewed World War Z earlier this year, and it became an IMMEDIATE favorite. I am in love with that book. It is so good. I will recommend it to everyone for the rest of my life. That’s how good it is.

Sooooo, when I found out that Max Brooks had another book coming out this year after a very long break from writing, I had to get it. Literally pulled up to B&N before they had even put them on display.

After all that build up, hopefully you are ready for this review. And to go read the book right after because I still need someone to share my opinions with! Without further build up, here are my thoughts!

Max Brooks really keeps up what you would expect from him after World War Z. There isn’t as much about human society as a whole, but there is a deep dive into the mind of a 21st century woman, environmentalism, and the concept of creating an eco-community that isn’t actually connected to nature at all.

Devolution really is more about the people who want to connect with nature, find their basic instincts, without disconnecting from the constant stream of cell phone and internet use. This is one of those books that makes you feel like there is so much going on outside of the main story. Definitely because there is, haha, but some if it you would only catch on the reread (read: I need to read this book again to fully understand everything going on!).

Throughout Devolution, the reader mostly follows Kate Holland’s journal, which documents her move to the luxe eco-community Greenloop, the onset a volcano eruption at Mount Rainier, and the ensuing chaos and Sasquatch attacks (!!!!). Yeah, that devolves fast, pun entirely intended.

One thing I love about Max Brooks is how well he can pull you into a story and make you want to know more about the characters. That’s the interesting thing about Devolution. In the beginning, none of the characters are very likable. I actually hated them all. But reading Kate’s journal, she transforms from this self-absorbed person into someone fighting for her life. You also see her at her worst (being in her brain and all), but then you subtly see other characters’ opinions of her and how her writing and trust in others changes. I left the book wanting to know SO MUCH MORE. Max Brooks, if you are reading this, write a sequel ASAP. I’m available to give you all my ideas!

Brooks also makes reading about cliche topics interesting again. There are one too many zombie stories out there, and there are certainly enough mock-umentaries on Sasquatch and Bigfoot. But the way he writes about the creatures and the way he brings in actual source material, combined with his own made-up source material from the people he “interviews” really make this story extra special.

Overall, I really enjoyed this book. There are nit-picky things that I could pull out to complain about, but that is pointless! I think this book will be enjoyable for a lot of people. Devolution is a great discussion starter. I finished it and immediately wanted to talk to someone about it. Great for book clubs (I’ll endorse it for you)!!

I will say, if you are coming in off of World War Z, don’t get your hopes too high. It doesn’t exactly match the same standard and amazing-ness, but it still is really good.