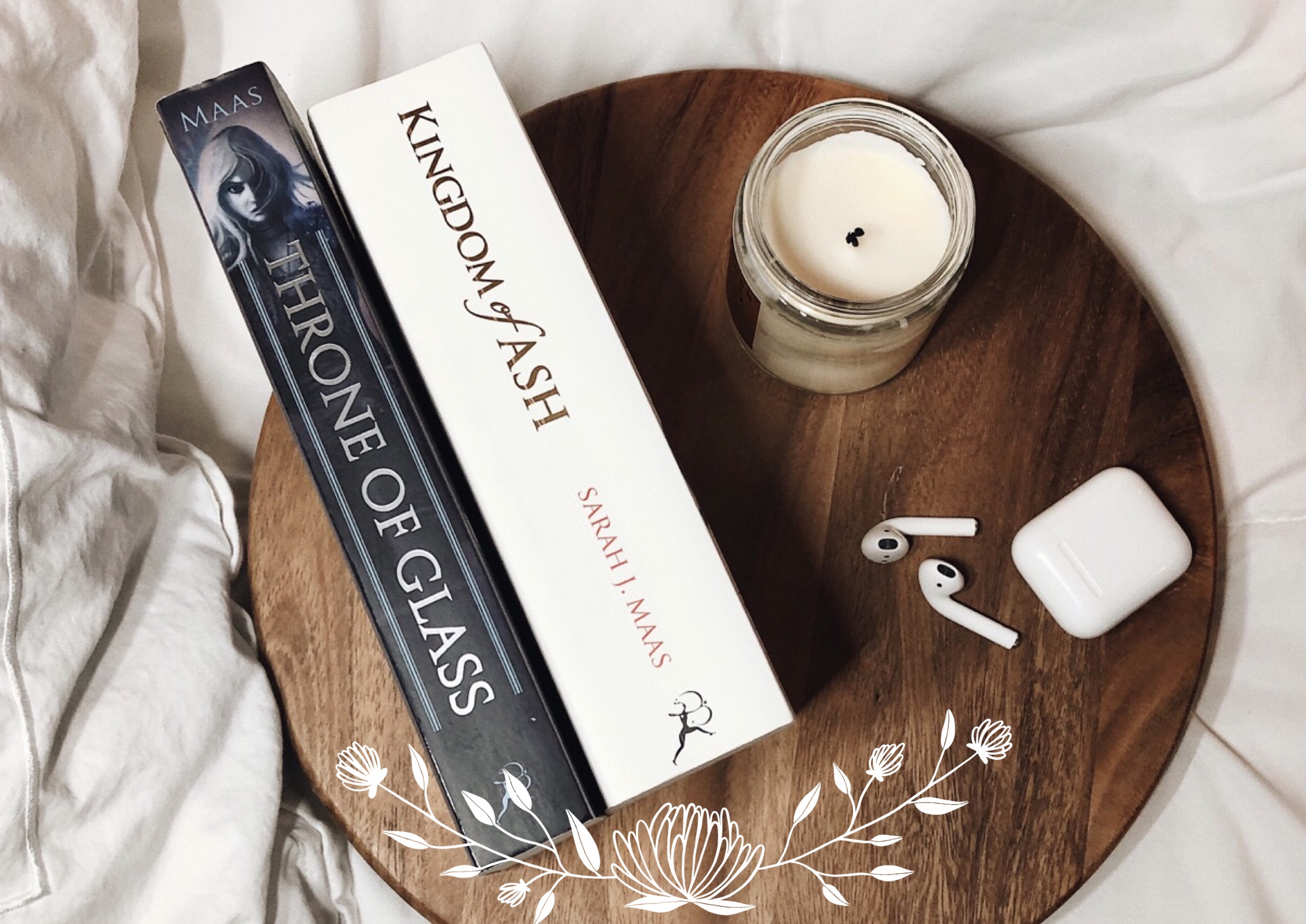 If you are anything like me, you really enjoy thinking of songs that should accompany the greatest moments in the book you are currently reading. Or maybe that’s just a weird thing I do. Either way, the Throne of Glass series has so many perfect moments for songs to cut in. I made a soundtrack with great songs to accompany the great moments of the series.

Let me know if you think these songs match well, and throw out some other suggestions for scenes I didn’t include. (Scroll down to see the Spotify playlist and listen along.)

Basically, this song is Aelin. I could already hear this song playing in the background as she walked away from the giant fire wall she created to save everyone from the burst dam in Kingdom of Ash. Cue the slow motion, long distance shot. You can see it already can’t you? I can also see this song playing when she’s in the middle of a great fight scene, like with Cain in Throne of Glass.

I picture this song playing with one or more of the couples in the Throne of Glass series. During the especially cute parts. Just play this song on repeat when reading about Aelin and Rowan, Loran and Elide, and even Manon and Dorian. It’s just a good song to demonstrate the things you can’t always see between characters on screen. And to further demonstrate all the things that you can read about in the books.

Everybody Wants to Rule the World by Lorde

Okay, this song literally is Morath. It should be their theme song. It’s dark and creepy and needs to play in the background as soon as we are introduced to all the bad, evil things going on there. And also because Erawan and the valg really do want to rule the world.

This song is comforting in a quiet way. If you listen to it on a lower volume, it pairs really well with Aelin’s rescue from Maeve. I can see it playing when she is on the way home after so many months in captivity, and also when she returns to Endovier for the first time. It’s a song of change and it could show so much in those scenes of growth.

She’s Kerosene by The Interrupters

This is the perfect song for a montage of Aelin learning to master her fire skills with Rowan. You know, because she literally is kerosene. I just picture them fighting and using magic with some great cinematic shots while this song is playing.

My Arms Were Always Around You by Peter Bradley Adams

When I listen to this song, I think of the last scenes in Kingdom of Ash. (Spoiler: Stop here if you haven’t read that book yet.) I see Manon and Abraxis visiting the Thirteen’s burial. I see so many hugs and relief in the sadness as Aelin and her cadre recover from the war. Ugh, it makes me so sad but it’s also the perfect song to go with those moments.

Glitter and Gold by Barns Courtney

To end on a happier note, this another great walk-away-from-a-mess-you-created song. I don’t picture this song with an exact moment, so let me know if you do! I’m thinking it could work well with some Lysandra scenes, but over all it just works so well with the characters and their legendary status.

Find the rest of the playlist below, and listen along on Spotify. When you are listening to the songs I didn’t explain, let me know what scenes in the books they go with and I’ll tell you if that is what I was thinking of too!