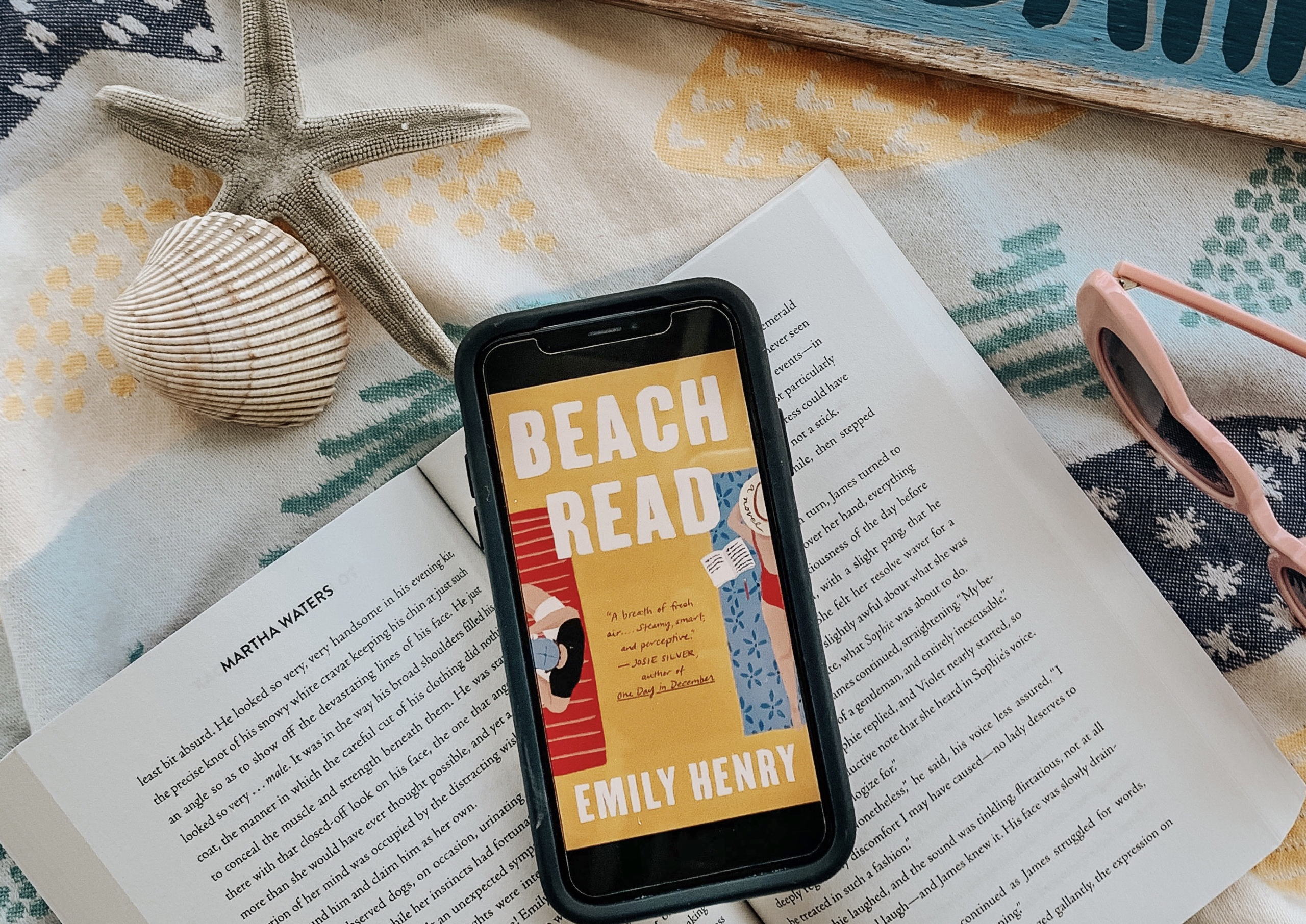 When I first saw the cover of Beach Read, I knew I wanted to read it. I know, I know, never judge a book by the cover — but to be fair, I did also read the synopsis and I KNEW this rom-com would be a great one. And surprise! I wasn’t disappointed.

Beach Read is out May 19 — so you don’t have to wait long to go grab your copy! I do think this book is going to make it onto all the beach read lists of the summer, so you might as well get ahead of the curve and go get it this week.

A romance writer who no longer believes in love and a literary writer stuck in a rut engage in a summer-long challenge that may just upend everything they believe about happily ever afters.

Augustus Everett is an acclaimed author of literary fiction. January Andrews writes bestselling romance. When she pens a happily ever after, he kills off his entire cast.

In fact, the only thing they have in common is that for the next three months, they’re living in neighboring beach houses, broke, and bogged down with writer’s block.

Until, one hazy evening, one thing leads to another and they strike a deal designed to force them out of their creative ruts: Augustus will spend the summer writing something happy, and January will pen the next Great American Novel. She’ll take him on field trips worthy of any rom-com montage, and he’ll take her to interview surviving members of a backwoods death cult (obviously). Everyone will finish a book and no one will fall in love. Really.

I LOVED this book. LOVED IT. I already know Beach Read is going to one of my favorite books of the year. First off, I’m a huge rom-com reader. So the synopsis of Beach Read immediately called to me. But I was expecting a strong rivalry, some pranks, some intense stares, and a whole lotta beach time. We got so much more than that!! And I’ll go ahead and tell you now so that you don’t get disappointed, there really isn’t any time actually spent at the beach.

January and Gus are total opposites. Gus is a dark, brooding former gravedigger, and January is a bright rom-com writer who loves happy endings. When the former college rivals end up living next to each other at the beach, each facing their own form of writer’s block, they make a bet that by the end of the summer, they’ll write a book in the other’s genre. And you guessed it… a lot of conflict and a bit of love get in the way.

First off, the synopsis made it seem like it would be a fun, light rom-com — and don’t get me wrong, it is. But the surprising thing that I loved about this book is that it holds so much more than just a ‘beach read‘. January is recovering from a huge loss, and a big secret that loss revealed. She’s lost her ability to write happily ever afters because of it. Gus is facing his own issues, especially with being emotionally vulnerable about his past. Together, they create a friendship, and discuss family, and make a really important connection. I loved that it was about so much more than just their relationship. January’s family plays a HUGE role in finding a resolution for this book.

Speaking of that, the DETAILS in this book! They were incredible. So much detail. So many great, weird, and unique details. I think that’s one of the things that made me love it so much. There are so many amazing secondary characters, that are so well developed — even for being in the book for a couple of pages. There is backstory on backstory, and so many great histories.

I also loved the research behind January’s and Gus’s bet. Since they are writing in each other’s genre, they need to teach each other how to research for a romance or literary fiction novel. Since Gus is writing a book about cults, obviously this takes them some interesting places. These research scenes were some of my favorite in the book.

Ugh, I could go on and on about all the things I loved about Beach Read, but I’ll leave it at that! Can’t reveal too many plot points.

I will never stop talking about how much I loved this book. It was great, and I’m going to read it a thousand more times.