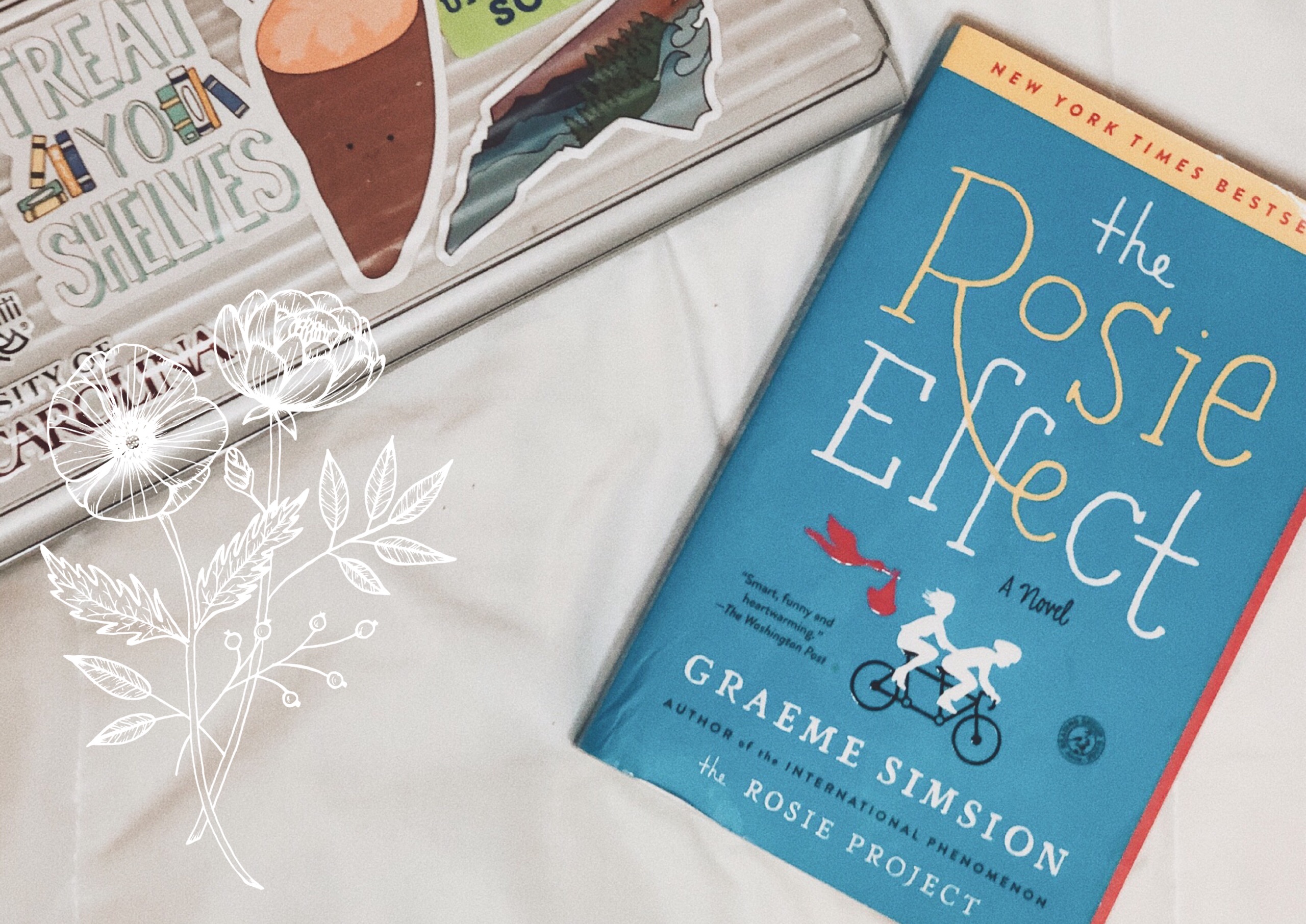 The review is here! I recently finished The Rosie Effect and it was everything I could have hoped for from a sequel. Not only were the characters as amazing as ever, but the plot was so good. I don’t know if I can say that it was even better than The Rosie Project, but it’s definitely a close match.

After reading the sequel, I can tell you that not only is Don Tillman one of my favorite characters ever, but also that Graeme Simsion is a master at plotlines. He seriously did not disappoint. Read on for fangirling over Simsion and a non-spoilery review. If you haven’t read my review for The Rosie Project yet, you can find it here.

Get ready to fall in love all over again. Don Tillman and Rosie Jarman are back. The Wife Project is complete, and Don and Rosie are happily married and living in New York. But they are about to face a new challenge because — surprise — Rosie is pregnant.

Don sets about learning the protocols of becoming a father, but his unusual research style gets him into trouble with the law. Fortunately his best friend Gene is on hand to offer advice: he’s left Claudia and moved in with Don and Rosie.

As Don tries to schedule time for pregnancy research, getting Gene and Claudia to reconcile, servicing the industrial refrigeration unit that occupies half his apartment, helping Dave the Baseball Fan save his business, and staying on the right side of Lydia the social worker, he almost misses the biggest problem of all: he might lose Rosie when she needs him the most.

I don’t usually like sequels to books that were originally standalones, or at least that read like standalones. Most of the time they just feel forced and the characters aren’t as loveable as they were in the first book. But, I have to say that The Rosie Effect really, really was amazing. I wasn’t sure what I would think going into it but I absolutely loved it. Simsion did an amazing job being true to the characters and not recreating the plot of the first book.

I enjoyed getting to see Rosie and Don back in action and the way their lives had developed since the end of The Rosie Project. They are in New York, they’re married, and they are expecting a big change.

This is one of those books where everything goes wrong. Where you know everything is going to go wrong from the start. Literally everything. And it all keeps piling on and the entire time you are reading, you are just thinking oh my god, I know this is going to blow up AND I can’t wait for it to blow up. You know, like a totally normal person.

But really, everything is going horribly wrong until the last ten pages of the book, and I wouldn’t have it any other way. The plot of this book is clever and engaging. It’s especially unique, a must considering how unique Don is. Simsion really created something not only worthy of his readers, but his characters, too. I’m incredibly impressed with his ability to continue the Tillman story without making it stiff and overdone.

Also! I just found out that this is actually going to be a trilogy?! I totally thought The Rosie Project was a standalone only to find out that there is now a third book out called The Rosie Result! Again, I’ll have to work up the courage to decide whether or not I want to read it. Since The Rosie Effect was so good, it might be easier than I think.

“‘To the world’s most perfect woman.’ It was lucky my father was not present. Perfect is an absolute that cannot be modified, like unique or pregnant. My love for Rosie was so powerful that it had caused my brain to make a grammatical error.”