Review: Crown of Coral and Pearl 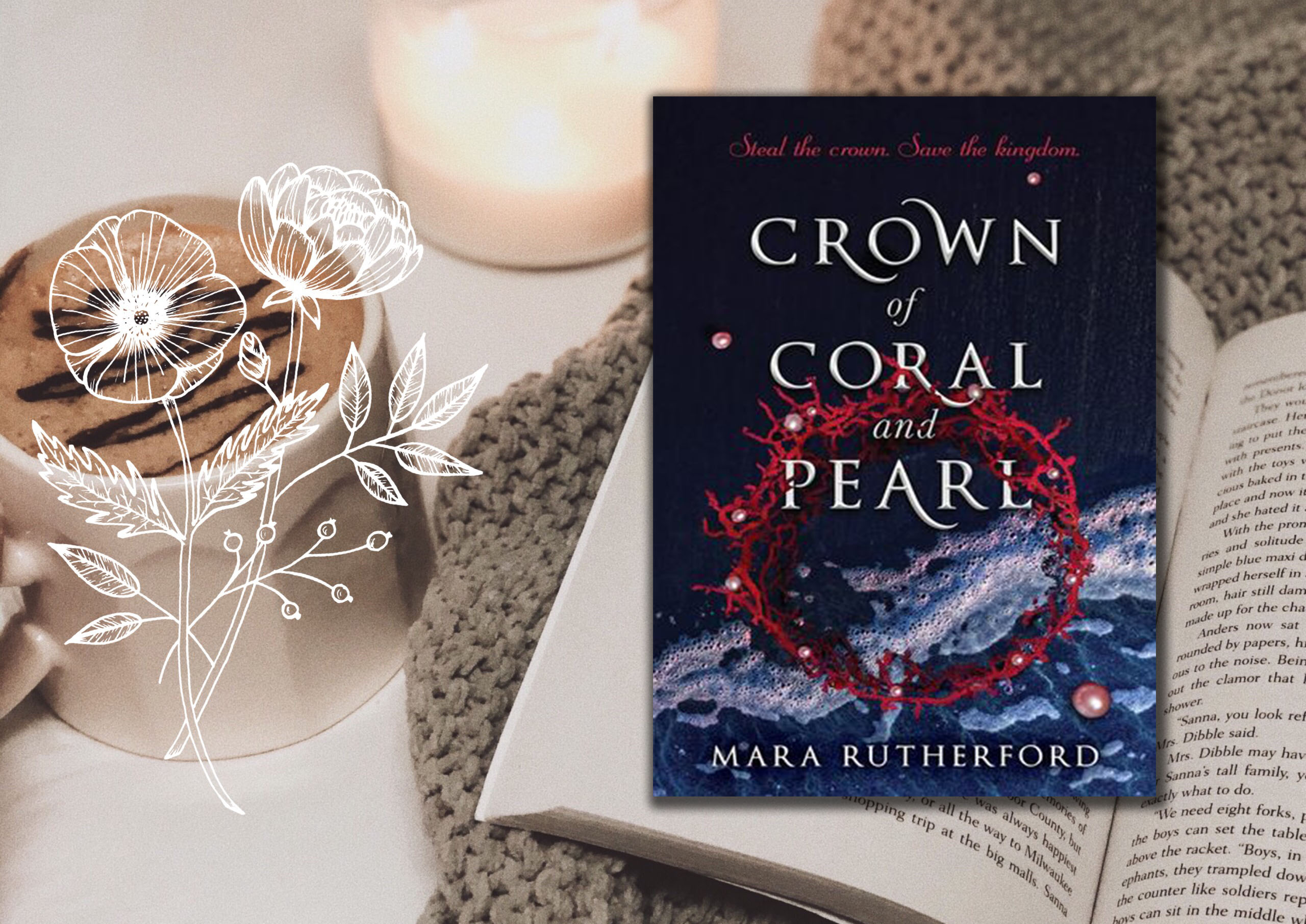 I’m so excited to be sharing this review with you! I got the chance to review another book from NetGalley. In case you didn’t read my last post about NetGalley, it’s a website that gives readers an advance copy of a book in return for a review.

Crown of Coral and Pearl by Mara Rutherford will be available to the public on August 27, and let me tell you — if you are a fantasy fan you are going to want to get it ASAP.

I am so happy I got an ARC for this book because it is refreshing in the best way. Say goodbye to the typical fantasy tropes — the protagonist is female, and is the strongest character in the series, her love interest doesn’t distract her from her goals and she kicks some major butt.

For generations, the princes of Ilara have married the most beautiful maidens from the ocean village of Varenia. But though every girl longs to be chosen as the next princess, the cost of becoming royalty is higher than any of them could ever imagine…

Nor once dreamed of seeing the wondrous wealth and beauty of Ilara, the kingdom that’s ruled her village for as long as anyone can remember. But when a childhood accident left her with a permanent scar, it became clear that her identical twin sister, Zadie, would likely be chosen to marry the Crown Prince—while Nor remained behind, unable to ever set foot on land.

Then Zadie is gravely injured, and Nor is sent to Ilara in her place. To Nor’s dismay, her future husband, Prince Ceren, is as forbidding and cold as his home—a castle carved into a mountain and devoid of sunlight. And as she grows closer to Ceren’s brother, the charming Prince Talin, Nor uncovers startling truths about a failing royal bloodline, a murdered queen…and a plot to destroy the home she was once so eager to leave.

In order to save her people, Nor must learn to negotiate the treacherous protocols of a court where lies reign and obsession rules. But discovering her own formidable strength may be the one move that costs her everything: the crown, Varenia and Zadie.

I. Could. Not. Put. This. Book. Down. I say about a lot of books, but for this one it is extra true. Crown of Coral and Pearl is engaging and dynamic and so unique. I think I read it in about one day. It really has the potential to be next great book for YA fantasy fans.

Crown of Coral and Pearl starts in a floating village called Varenia and it’s one of the most incredible and unique settings I’ve ever read about. The descriptions of the floating houses, the ocean that surrounds the people, and the hard life they live on the water are vibrant. The characters make the setting even more vibrant. Twin sisters Zadie and Nor, meaning pearl and coral, reflect the environment not only in their names, but also how unique and well described they are.

Nor is one of the best characters in YA fantasy today. Seriously, she was a combination of all the great females in fantasy. And she has a great relationship with her sister, which makes me appreciate her even more. Her relationship with Zadie is one of the best illustrated in the entire book. It’s strong and real and I’m so glad they weren’t pitted against each other (a trope that is seriously disturbing and prevalent, but that’s a story for another day).

Unlike with her sister, though, Nor’s relationship with her love interest, Talin, is very undeveloped. Instead of a burgeoning relationship from a close friendship and understanding of each other, it’s just insta-love. They don’t even really have a conversation outside of longing looks at each other until the end of the book. He has great potential as a character, but it’s wasted.

I really thought this was going to be a series, though. I was so excited because I thought it was going to end on a cliffhanger and I was gearing up for this to be a great series. Instead, things got wrapped up neatly at the end, indicating a standalone. There are a few loose strings that might lead to a sequel, but a lot of the conflicts that I thought were brewing throughout the book — like hints at a war — ended up being resolved quickly in the last section of the novel. I loved the characters and just wanted to see more development with them rather than have a pretty ending.

Despite the drawbacks I have about the ending, I strongly recommend Crown of Coral and Pearl for fantasy readers. It checks all of the boxes: a protagonist venturing into an unknown land, fights with monsters, a cute boy, and lots of good conflict and suspense. This book is addicting in the best way. So when it comes out, I want to see all y’all reading it.

“Fear could be useful. It could be turned into strength.”