Review: A Darker Shade of Magic 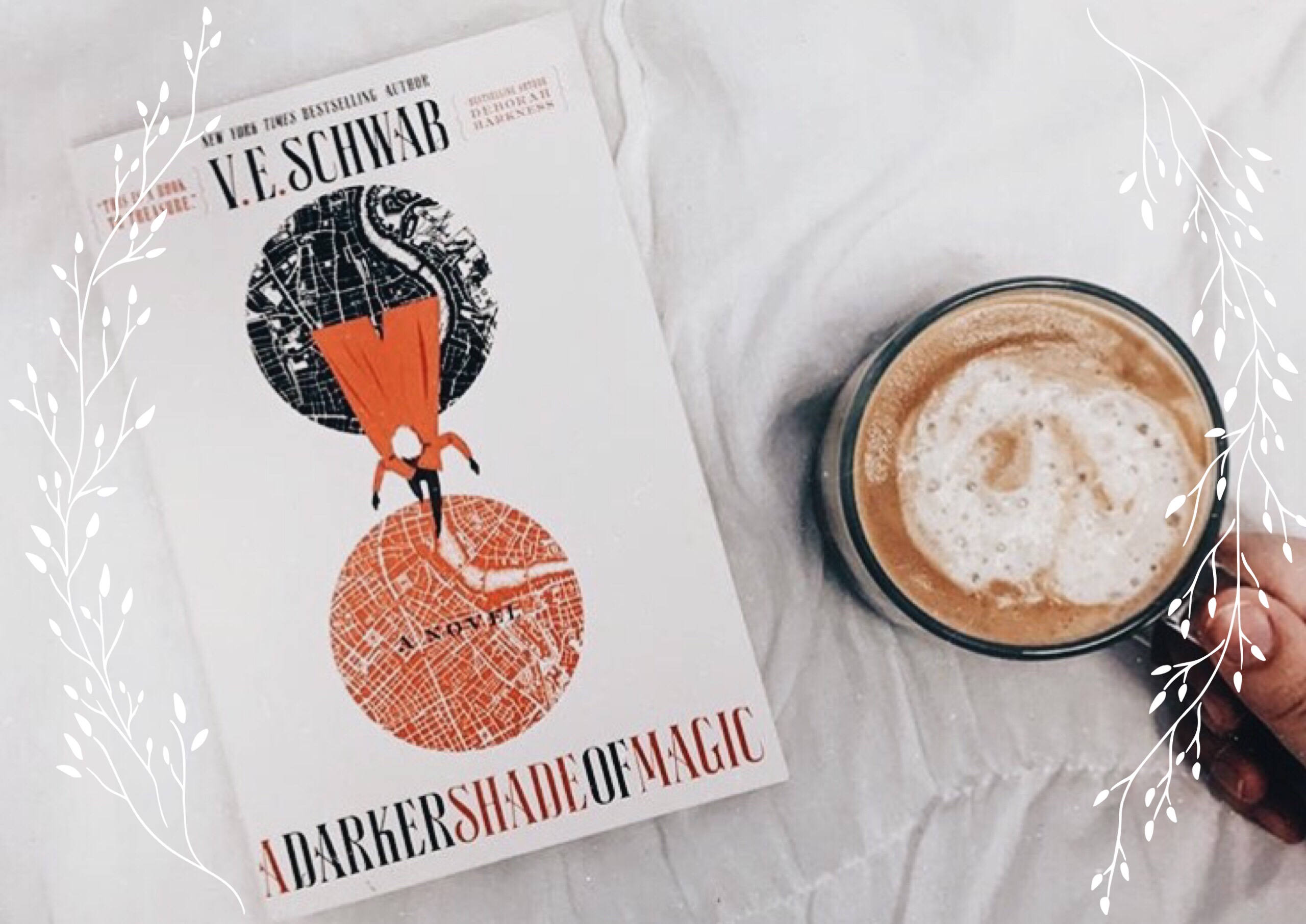 A Darker Shade of Magic is the first book by V.E. Schwab that I have read, but I definitely know that it will not be my last. This novel pulls you in with compelling characters, easy banter, and an innate sense for adventure. Instead of being cliche, Schwab’s universe is unique and multicolored (no pun intended). A Darker Shade of Magic encourages you to believe that maybe magic is real, and we just aren’t looking in the right places.

Kell is one of the last Antari―magicians with a rare, coveted ability to travel between parallel Londons; Red, Grey, White, and, once upon a time, Black.

Kell was raised in Arnes―Red London―and officially serves the Maresh Empire as an ambassador, traveling between the frequent bloody regime changes in White London and the court of George III in the dullest of Londons, the one without any magic left to see.

Unofficially, Kell is a smuggler, servicing people willing to pay for even the smallest glimpses of a world they’ll never see. It’s a defiant hobby with dangerous consequences, which Kell is now seeing firsthand.

After an exchange goes awry, Kell escapes to Grey London and runs into Delilah Bard, a cut-purse with lofty aspirations. She first robs him, then saves him from a deadly enemy, and finally forces Kell to spirit her to another world for a proper adventure.

Now perilous magic is afoot, and treachery lurks at every turn. To save all of the worlds, they’ll first need to stay alive.

It was bookstagram that made me pick up this book, and it was the first chapter that kept me from putting it down. A Darker Shade of Magic is a refreshing and adventurous take on the magical (and the not-so-magical).  Instead of the typical archetypes, Schwab uses her characters to create the unexpected, and she leaves the reader expecting anything.

The first sentence reveals how unusual this book will be: Kell has a coat with multiple sides. As in it’s reversible and reversible and reversible and you never know which side might come out. This sentence pulled me in and the ones following it kept me going. Schwab is a genius with narrating creative characters in a way that doesn’t become tiring. She diverges from the usual in almost every way.

And the foreshadow! Don’t get me started on the foreshadow. Not only are there clever hints about what is to come throughout the novel, but the biggest hint doesn’t even reveal itself in the first book, which makes me even more excited to get my hands on the sequel. There is also more room for development in a lot of the characters–something that I definitely hope will pan out in the next book. A Darker Shade of Magic was actually full of minor characters that had potential that was never fully realized.

This leads to my biggest, and important, disappointment in the novel. There were some points that felt extremely rushed. One example: there’s a big scene near the end of the novel involving the “bad” magic, but instead of focusing on everything happening, only a few chapters cover all of it. Big things happen to admittedly minor characters, but there’s only one sentence to cover their outcomes. These are characters that could have had really interesting story lines, but instead they drop off.

This might have been an intentional decision by Schwab, but it didn’t leave me feeling satisfied. Don’t get me wrong, the plot is excellent, I just think it isn’t at its best potential. Considering that, though, A Darker Shade of Magic is still a creative masterpiece that strays from the norm in the best way. It has its faults, but I do still encourage you to give it a try. Because you will still be able to catch me outside trying to find A Gathering of Shadows at the nearest bookstore.

“I’d rather die on an adventure than live standing still.”