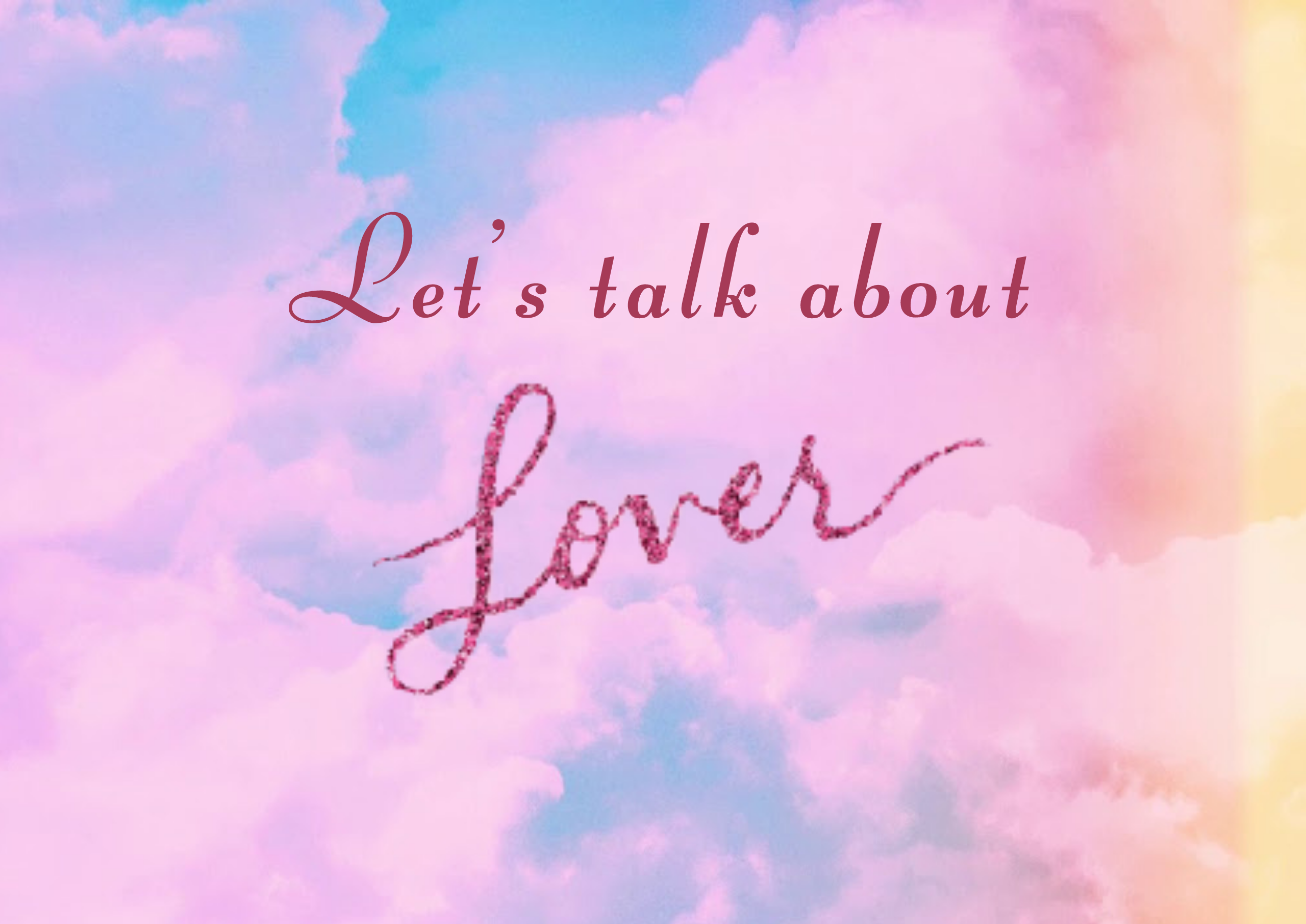 This title might have thrown you off. I know, I know, this is a book blog (but it’s also my blog and I do what I want *disco pose*). But Lover is an amazing album, okay. While my true love will forever be books, great music never fails to pull my heartstrings. There are just those things that you listen to and you’re like… Wow. Speechless. Awestruck. Confounded. And that’s art. How cool is that? Like, realizing the power art has to create an emotional response… I’m still speechless.

Taylor Swift’s new album Lover dropped last Friday, and I have to say I’ve been a fan of hers since her debut album, but this one is just incredible. So I want to take a post to talk lyrics and fangirl a little bit, and then ALSO pair some songs and books together, just to keep the spirit of books alive in this post.

As she says in “I Forgot that You Existed,” I’ve been in my feelings more than Drake with this album. With Lover, Taylor really opened up a lot more than she did with her previous release, Reputation. Reputation was, for the most part, dark and defensive. All about the Kardashian snake situation and hiding away. But with Lover, she is in the daylight again and discussing more personal details of what love is to her.

One example of this is in the song “Cornelia Street”, in which she sings “I hope I never lose you, hope it never ends. I’d never want Cornelia Street again.” In the song, Cornelia Street symbolizes the beginning of a relationship, navigating getting to know someone. The metaphor is just *blooshkt* mind-blowing. And honest and creative and it makes you feel things. That’s the power of good music.

Another song on the album, “Death by a Thousand Cuts”, even drew inspiration from the movie Someone Great on Netflix. Art inspired by art. Having seen the movie and listened to the song, they are so closely tied yet so different it’s incredible. This song really tells a story about heartbreak that makes you want to cry: “Paper cut stings from our paper thin plans. My time, my wine, my spirit, my trust. Trying to find a part of me you didn’t take up. Gave you too much but it wasn’t enough. But I’ll be all right, it’s just a thousand cuts.”

I could go on and on about all the songs, so if you want me to talk about it more, just let me know, lol. But overall, I just wanted to take a post and talk about how cool it is when you really feel art. I haven’t experienced anything like what Taylor Swift has, but her songs still have a universality — or even, the clarity and intention to make them feel universal when they are personal to her. That’s worth a blog post, I’d say. So listen to it! I even linked it to make it easy for you. Now it’s time for you to feel all the things.

Romantic books for romantic songs (with one exception)

“I Think He Knows” — Red, White and Royal Blue by Casey McQuiston