Review: Twice in a Blue Moon 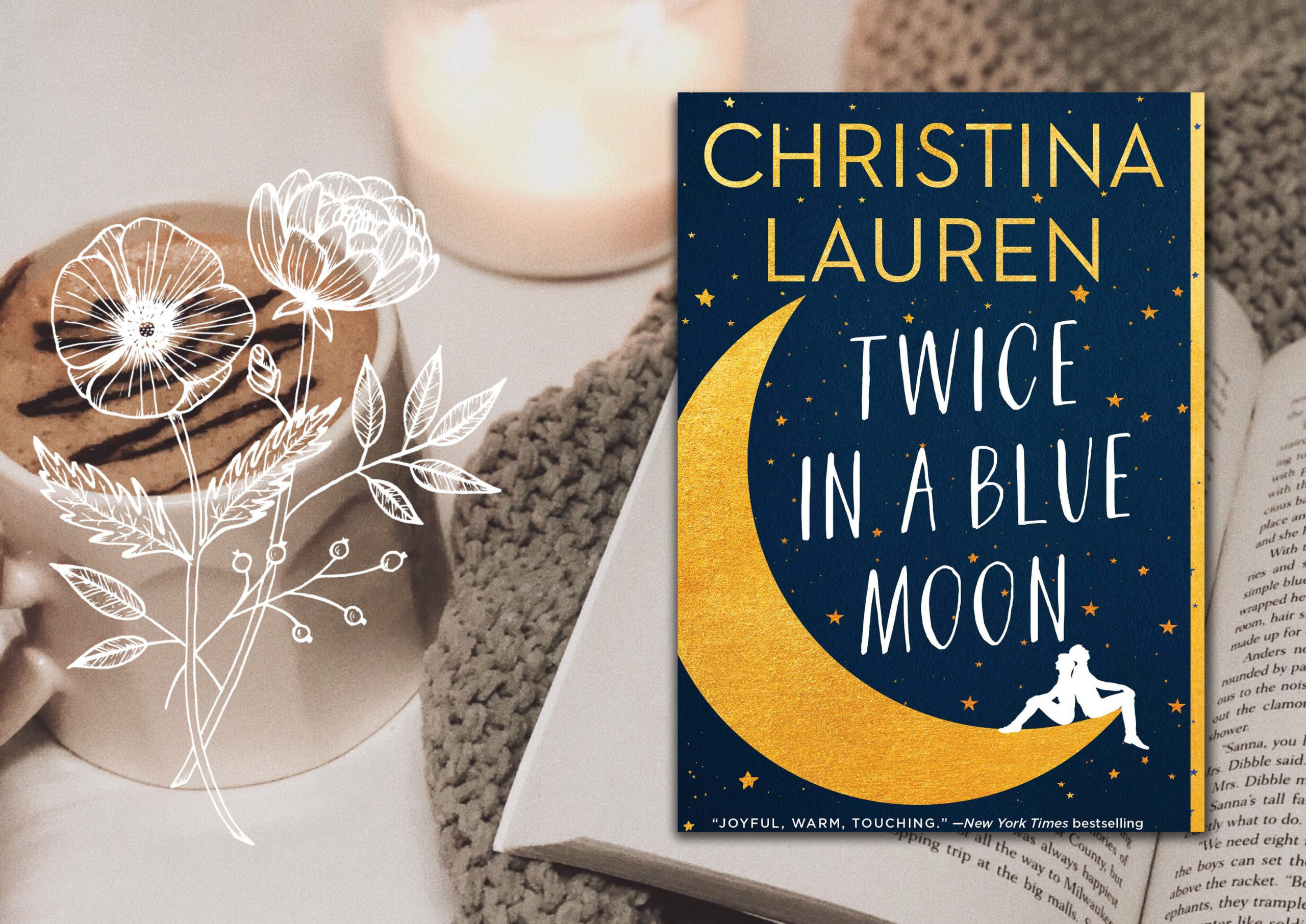 I am so glad that I got the chance to read an early review copy for Christina Lauren’s new book, coming out October 22. Their most recent release, The Unhoneymooners, was amazing and has become one of my new favorites, so I couldn’t wait to read Twice in a Blue Moon.

I knew this book was going to be different from anything Christina Lauren has done before because of the description. I was both pleasantly surprised and disappointed after reading it, though, if you can believe that. It was a good story, but I was a little disappointed given how amazing The Unhoneymooners was (read the review here). It’s an entirely new type of story for them — but that might be just what their readers need.

Sam Brandis was Tate Jones’s first: Her first love. Her first everything. Including her first heartbreak.

During a whirlwind two-week vacation abroad, Sam and Tate fell for each other in only the way that first loves do: sharing all of their hopes, dreams, and deepest secrets along the way. Sam was the first, and only, person that Tate—the long-lost daughter of one of the world’s biggest film stars—ever revealed her identity to. So when it became clear her trust was misplaced, her world shattered for good.

Fourteen years later, Tate, now an up-and-coming actress, only thinks about her first love every once in a blue moon. When she steps onto the set of her first big break, he’s the last person she expects to see. Yet here Sam is, the same charming, confident man she knew, but even more alluring than she remembered. Forced to confront the man who betrayed her, Tate must ask herself if it’s possible to do the wrong thing for the right reason… and whether “once in a lifetime” can come around twice.

What I think ?️

I just read The Unhoneymooners a couple months ago, so when I saw that Twice in a Blue Moon was available to request on NetGalley, I immediately had to get it. Christina Lauren has a knack for writing the perfect love story, full of humor and great characters, and this book was no different.

Twice in a Blue Moon tells the story of Tate and Sam, who meet when they are both on vacation in England and have a holiday fling. They reunite years later after parting under hostile circumstances. It’s basically lovers-to-enemies-to-lovers-again story. But speaking of that crazy relationship, that’s basically what this whole book is about: relationships.

And not just the new-romance relationship. A lot of this book deals with Tate’s relationship with her father. I think this book is really more about trust in relationships — romantic or otherwise — and what it means to gain and lose that trust. It’s different than anything Christina Lauren has written before, in good and bad ways.

It’s so good because it shows major development in their writing. The setting is extremely engaging and the characters are all amazing. The backstory, which is actually a lot of the main plot, is incredible. Like, by far, the backstory of Tate and Sam and of Sam’s grandparents, is the best part of the novel. The development is just so good.

But the bad part comes in with what readers typically expect from Christina Lauren. This is new for them. If you are expecting something similar to The Unhoneymooners, you will probably be disappointed. It’s just not the easy romance plot; it’s more about the development of a real relationship after being betrayed.

I still think long-time readers of Christina Lauren should get this book because it is great. I also think new readers would love it. Just know that it isn’t overly spicy or romance-y. The characters are vibrant and the story is unique. It is definitely a story of trust worth reading.

“I want every wish he ever makes to be for this. A penny in the fountain. The first star. An eyelash. Eleven eleven. Just for one more time.”