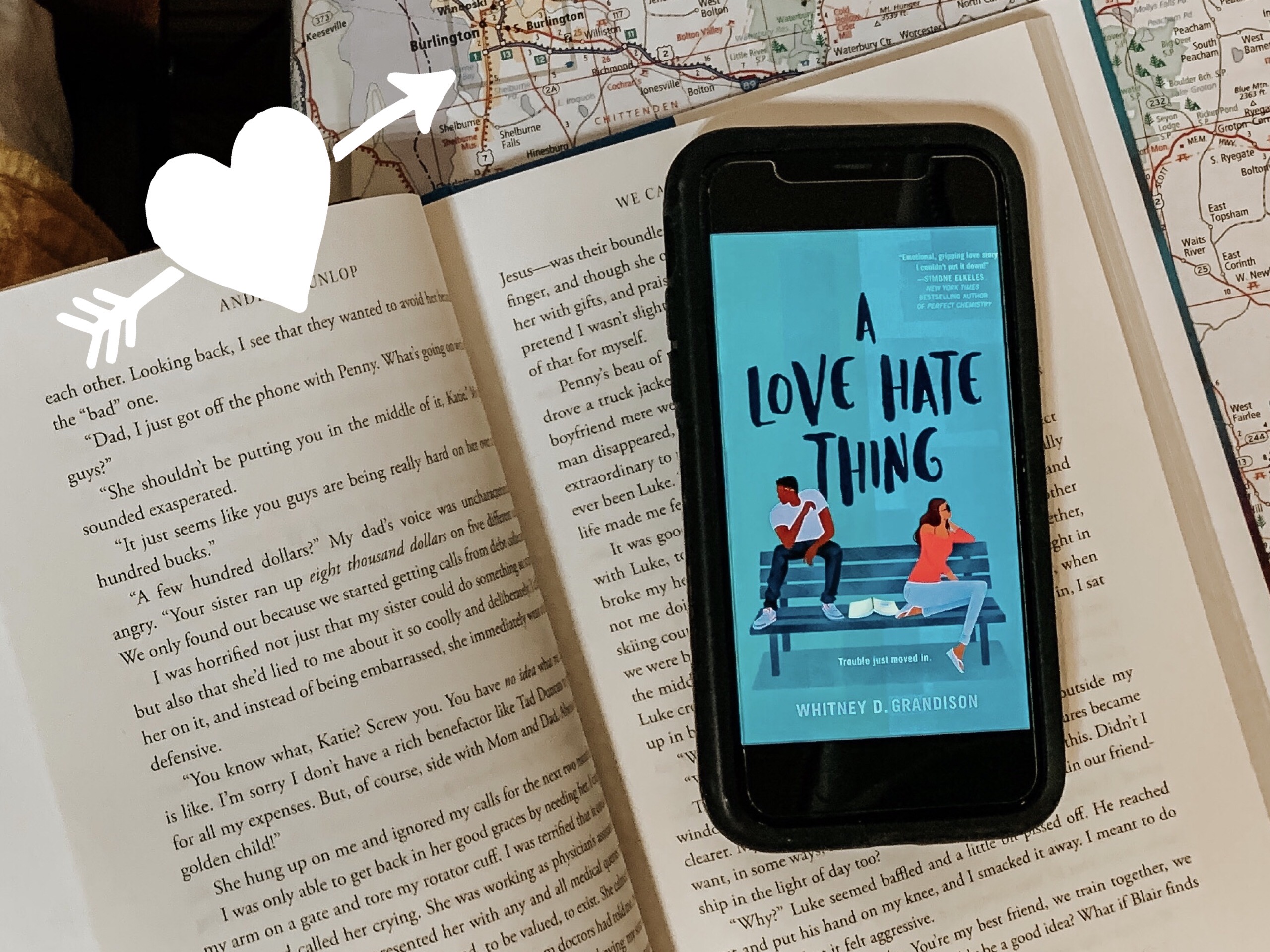 A Love Hate Thing is a new take on the wrong-side-of-the-tracks romance. It’s Whitney Grandison’s first YA novel, and while I wasn’t a huge fan of it, I think it shows promise for future novels. This one is just a little lacking in originality. Grandison is an Own Voices writer (read this great article if you are unfamiliar with the term), and her inclusion of race and diversity in the book is really well done.

This book does does contain gun violence, detailed scenes of car theft and deep discussions of race and society.

When they’re stuck under one roof, the house may not be big enough for their hate…or their love.

When Tyson Trice finds himself tossed into the wealthy coastal community of Pacific Hills, he’s ready for the questions, the stares and the feeling of not belonging. Not that he cares. After recovering from being shot and surviving the rough streets of Lindenwood, he doesn’t care about anyone or anything, much less how the rest of his life will play out.

Golden girl Nandy Smith has spent most of her life building the pristine image that it takes to fit in when it comes to her hometown Pacific Hills where image is everything. After learning that her parents are taking in a troubled teen boy, Nandy fears her summer plans, as well as her reputation, will go up in flames.

Now with Trice living under the same roof, the wall between their bedrooms feels as thin as the line between love and hate. Beneath the angst, their growing attraction won’t be denied. Through time, Trice brings Nandy out of her shell, and Nandy attempts to melt the ice that’s taken Trice’s heart and being. Only, with the ever-present pull back to the Lindenwood streets, it’ll be a wonder if Trice makes it through this summer at all.

What I Think ?️

What A Love Hate Thing lacks in originality, it makes up for in depth. Tyson recently lost his entire family due to gun violence. Old family friends take him in, and they live in a much nicer, expensive area than he grew up in. He and his old friend Nandy reconnect after ten years, and she helps him learn how to cope and thrive in this new place. Tyson also helps Nandy learn that life about more than being someone else’s version of perfect. The story is told through both Nandy and Tyson’s perspectives.

This book does a great job at working through the character’s emotions and challenges, most of all with Tyson. Throughout the book, Tyson goes from someone who doesn’t believe he can love again to someone who can. Grandison spends a lot of time showing us how Tyson is feeling each step of the way when it comes to accepting his mother’s death and his future.

It also focuses heavily on race. Nandy and Tyson have a lot of discussions about what it means to be a Black American, the history of race in America, and specifically, the stereotypes rich communities have about “the ghetto.” Grandison does an amazing job at tying these pieces of real life into her characters’ stories.

I have to say A Love Hate Thing is very cliche. A boy from the wrong town falls in love with the popular girl who already has a boyfriend. Full of stereotypical high school drama, and 2-D characters. It’s been done thousands of times, and honestly it has been done better. This book is long and it’s a slow read. It’s also anticlimactic. The moments with big fights and reveals just disappointed.

It took me a long time to get through this book because I didn’t particularly like any of the characters. I think this is a YA book meant for a younger audience, and it just was not suited for older readers.

This post was created in partnership with Harlequin Trade Publishing.

Fiction Review YA
Comments Off
Looking for something?
Oh, hello!