Acts of Forgiveness Review and Giveaway 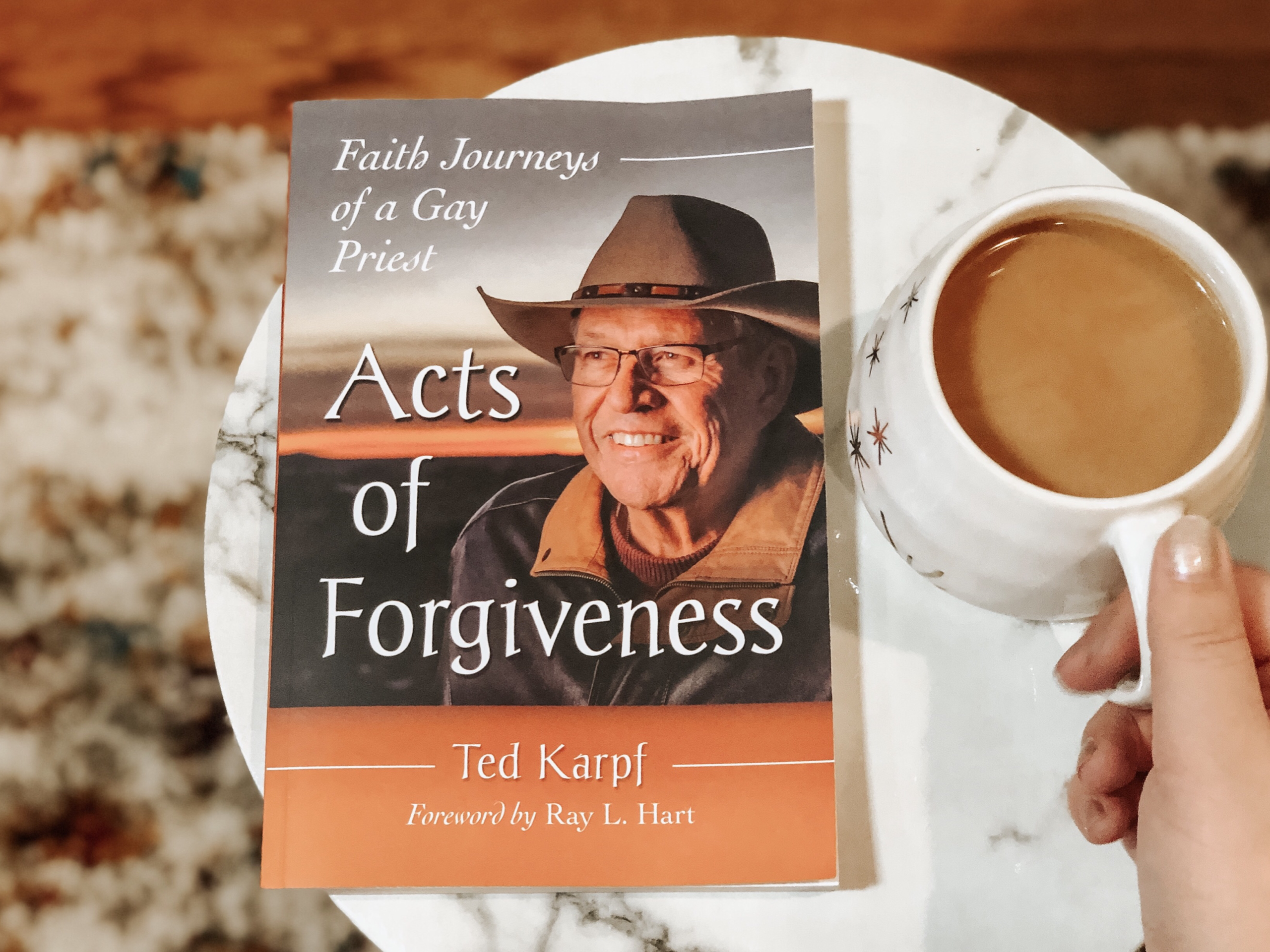 I’m thrilled that I have the opportunity to tell you all about Acts of Forgiveness and host a giveaway for a copy of the book!

I don’t read many memoirs, so this was an interesting book for me to try out. Not only is it about a gay man coming out to the church, his family, and the world, it focuses on the struggle men with HIV/AIDS faced everyday.

Ted Karpf accomplished something big here. I hope you decide to enter the giveaway for a chance to read this book!

In 1980s America, coming out as gay as a father and husband was a significant journey for anyone to make. Coming out as gay as a priest guaranteed immersion into controversy, contradiction, and challenge. This book tells of the Reverend Canon Ted Karpf’s navigation of new social and romantic journeys, all within the context of his priestly vocation in the Episcopal Church.

Covering from 1968 to 2018, Karpf recounts his vivid memories, life-changing dreams and resonant reflections on living a life of faith in a socially and politically tumultuous period. His narratives are crafted as poetic meditations on enduring values and meaning, which can remind any reader that we are neither abandoned nor alone, and that forgiveness is a fulfilling way of living in a world of contradictions.

In Acts of Forgiveness, Karpf creates a really compelling case for acceptance and forgiveness.

I don’t usually read books about religion, but when I was approached to review Acts of Forgiveness, I wanted to take the chance. You don’t often get to read about gay priests, let alone ones that were a part of such monumental moments in LGBTQ+ history as the AIDS epidemic and the legalization of gay marriage.

This memoir is broken up into different segments on faith and life. It covers every piece of Ted’s life from marriage and love, to parenthood and new identity. Obviously, one of the most powerful components in this book is the biggest piece of the story. Karpf’s life as a gay man who serves the church.

I was really influenced by the way Karpf talks about having a wife and kids and realizing he’s falling in love with a man. He describes his “gay self” as overtaking his “straight self,” so much so that he couldn’t ignore that part of himself anymore. Especially after seeing and giving Last Rites to people dying of AIDS that had no one to stand by them. When Karpf tried to come out and stand by his true self, he was excommunicated by his diocese in Dallas.

To figure out his next steps and continue to advocate for gay and human rights, Karpf leaves for Cape Town, South Africa. For any faults Karpf may reveal, you can’t fault his care and devotion to people with AIDS. While this is only one of the sections of Karpf’s life and his care and concern for gay men suffering from HIV/AIDS, it shows how great this book is.

I really enjoyed getting to read about Karpf’s story, and if you have any interest in religion, or coming out as a gay priest, or even what the AIDS epidemic was like for a man fighting it on the front lines, this will be a great memoir for you to read.

I have one copy of this great LGBTQ+ memoir to give away!

How to enter the giveaway 🎉

That’s all you have to do to for your name to be entered for a chance to win!